Major financial institutions have made it clear that they don’t support SOFR, the Fed’s choice of Libor replacement. And neither financial institutions nor their regulators have a clear plan to resolve the need to replace Libor. No matter how dire you believe the Libor problem to be, however, the underlying problem of debt market illiquidity that the Libor problem reveals is many times bigger. A Libor fix only resolves the issue of illiquidity in the short-term end of the market for unsecured debt. 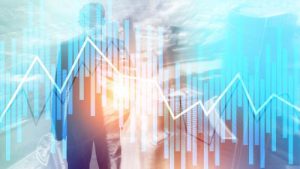 A recent Secured Finance Industry Group (SFIG) comment letter is SFIG’s response to a request for comment by the Alternative Reference Rates Committee (ARRC) – a Fed-appointed committee of bankers tasked to solve the Libor problem. The Fed’s ARRC creation was an embarrassingly transparent attempt by the regulators to coopt industry objections to its Libor replacement. ARRC proposes to replace Libor with the Secured Overnight Financing Rate (SOFR) – a Fed-created version of the overnight repurchase agreement rate. The SFIG comment details the objections of financial institutions to SOFR. Importantly, SFIG serves as chair of ARRC. The critical comment letter is thus the final blow to the regulators’ failed effort to gain the appearance of financial institution support for SOFR.

However, more important, neither financial institutions nor their regulators have a clear plan to resolve the need to replace Libor. If replacing Libor were not such a critical matter, the Byzantine machinations of the bank regulators and financial institutions around SOFR would be amusing. However, the pricing of tens of trillions in debt instruments and hundreds of trillions in derivative instruments depends on a smooth transition to some reference rate other than Libor. I contend that this enormous magnitude is a low estimate of the financial market assets at risk due to poorly governed debt markets.

The failure of Libor is a market structure failure. However, the financial press bills Libor’s failure mistakenly as a failure of ethics among bankers. Recorded transcripts of telephone, email, and chat room conversations of small groups of traders provided the evidence of ethical weaknesses leading to attempted market manipulation that drove the post-Financial Crisis Libor embarrassment.

However, markets themselves typically are the best antidote to attempted market manipulation. The market solution to trader cabals formed to alter prices has always been a simple one. In a liquid market, larger market forces inevitably swamp organized efforts to manipulate prices. Cabals don’t work in a liquid market because the manipulators lose money.

The split over a Libor is an enormous opportunity.

Financial institutions have quite reasonably insisted on two key properties that SOFR lacks:

Thus, coupled with the TBTF banks’ endorsement of the Intercontinental Exchange Inc. (ICE) candidate for a Libor replacement, the SFIG letter shows that ARRC’s SOFR proposal does not represent the banks and other financial institutions that are ARRC members. Worse, it raises a serious threat: If regulators seize on an index that might potentially bankrupt one or more major financial institutions during a financial crisis, those institutions do not plan to allow the Fed to pass the blame for this disastrous decision to them.

However, the banks (or a third party) will, I believe, have to do more than provide another bank-calculated index. The self-acknowledged problem with the ICE (TBTF-endorsed) Libor replacement is that any index the procedure produces is the result of a transaction selection process by banks themselves. Thus, the ICE fix remains vulnerable to the same ethical vulnerabilities that Libor itself faced.

In short, any satisfactory Libor replacement must be a form of debt that doesn’t exist now. We could throw up our hands and use the hazardous SOFR, but this seems to be a negative way of looking at the situation.

This is an obvious opportunity to seize an enormous hunk of the financial markets in one fell swoop by addressing bond market illiquidity more generally. Moreover, it is an opportunity that anybody with the courage and the capital could pursue. The problem is one of creating a new debt market with a different structure. Such a new market would have no incumbent oligopolies and no reactionary regulators. Capital, a few hotshot IT professionals, and some people with skills of persuasion would be enough ammunition to get the job done. Island overwhelmed the incumbent stock exchanges with less.

Interestingly, in all likelihood, TBTF banks, incumbent exchanges, and regulators are at a disadvantage in the pursuit of a debt market innovation since they are married to old ways of generating revenues. An incumbent TBTF bank pursuing a new market structure, for example, would not find management friendly to ideas such as putting an end to collateral hypothecation in the repo market.

Why are we getting Libor wrong?

SFIG and the TBTF banks also concede that there is no existing instrument that meets the minimal standards required of a Libor replacement – the replacement should be a term (probably three-month or six-month) unsecured debt instrument, traded in a liquid marketplace where recorded transaction prices are the result of the combined forces of supply and demand. SFIG’s comment letter to ARRC’s request to comment on SOFR points to a central quandary that neither SOFR nor its detractors have addressed: No financial instrument meets these criteria today.

Don’t blame the Fed. The Fed did everything imaginable to get industry support for repurchase agreements, the only existing liquid instrument where an honest broker (the Fed) records market transactions. Blame the markets themselves. Organized market participants are adopting the time honored “See no evil; hear no evil; speak no evil” approach. Once ARRC had endorsed SOFR, CME Group (CME) helpfully created a futures contract based on SOFR. All that remained was for the markets to begin trading the SOFR-based instruments. However, that didn’t happen. CME volume in SOFR futures remains a small fraction of Eurodollar (Libor) futures volume. In itself, this is not a failing of the marketplace. It’s simply the market’s recognition that SOFR futures don’t provide adequate protection for their existing risks.

How big is the Libor problem?

An exchange trading liquid tailor-made debt issues that capture the primary price risks associated with debt issuance at all maturities would have a massive beneficial effect on the cost of financing. This market would generate transactions comparable to the combined volume of the stock exchanges, assuming turnover in the two markets to be comparable.

What flaw in market structure creates the Libor/debt market liquidity problem? In the markets for corporate liabilities, the issuer is concerned about the market appeal of the terms upon which debt is sold only once – the issue date. After that, any action the corporation might take that benefits its stockholders at the expense of its debtholders faces a single low hurdle: Is it legal? Investors are wise to devote more time and attention to debt acquisition than to share acquisition.

If bondholders could devise an instrument that liberates its holder from the negative effects on debt valuation of the decision-making power of a single issuer, it would be interesting to see what effect that would have on the position within corporate politics of debtholders relative to stockholders. One could imagine the popularity of this buyer-friendly instrument growing relative to the popularity of the current issuer-centric debt issues. As this form of debt grows as a share of the market for debt, the management of this debt would become gatekeepers for bond market liquidity. They might gradually induce issuers to write more buyer-friendly forms of debt.

The legal obligation of corporate management to consider the interest of stockholders when these interests conflict with the interests of debtholders is writ in stone. Nevertheless, there is no legal barrier to investors – the final constituency for all corporate obligations – using their influence to discriminate among debt issues. If debtholders confront stockholders with a positive payoff to pleasing debtholders, there might be multiple systemic improvements. The value of buyer-friendly debt would rise relative to issuer-friendly issues, driving down its interest cost and resulting in capital gains to both debt- and shareholders. The result would be an altogether safer financial system as a whole.