One week after former Prime Minister Najib Razak was arrested and charged with misusing state funds over the 1MDB scandal, the Wall Street Journal (the news outlet that originally broke the 1MDB story) is reporting that the former Goldman Banker who arranged the three bond offerings that helped fill Razak’s slush fund is in talks with US prosecutors over a potential guilty plea in connection to the scheme, which resulted in billions being looted from the Malaysian treasury.

According to WSJ, Tim Leissner, a former Goldman partner and Southeast Asia chairman who earned the bank $600 million in fees for arranging the offerings, could strike a deal that involves him pleading guilty to a violation of the Foreign Corrupt Practices Act in exchange for cooperating with prosecutors in their investigation of Goldman. Prosecutors are actively examining whether the bank broke any laws, as the billion raised in the bond offerings organized by the bank were almost immediately routed to bank accounts connected to key figures in the investigation.

The US Department of Justice alleges that Razak siphoned off $4.5 billion from the 1MDB, which was used both as a political slush fund and to buy real estate, art and other luxuries from London to California. The DOJ has already seized many of the assets purchased by Razak’s associates in the US. Leissner, a German national who is married to American fashion designer Kimora Lee Simmons, reportedly forged a close relationship with Jho Low, a Malaysian businessman who US prosecutors believe masterminded the scheme. Low hasn’t been charged and declined to comment to WSJ. 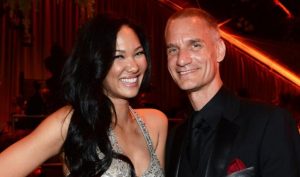 A Goldman spokesman said “we continue to cooperate with on-going regulatory investigations.”

According to WSJ, investigators are trying to determine what Goldman knew and when:

U.S. investigators have sought to determine whether Goldman had reason to suspect that money it helped 1MDB raise was misused and, if so, whether the bank was obligated to report any concerns to authorities, the Wall Street Journal has reported. The Federal Reserve, the Securities and Exchange Commission and New York State’s Department of Financial Services also are examining some of the bank’s actions, as are Singapore authorities, the Journal has reported.

Goldman’s big profits on the bond offerings, and their timing – one closed mere weeks before Malaysia’s 2013 presidential election — raised eyebrows throughout Wall Street. Some of the money raised in the offerings, investigators have said, was used to help fund Mr. Najib’s campaign, the Journal has reported.

Goldman has said it did nothing wrong and had no way of knowing there might be fraud surrounding 1MDB. The bank has said its main role was raising money it thought would be used for the stated purposes. Goldman had repeatedly denied Mr. Low’s request to open personal accounts at the firm.

Still, no one flagged the 1MDB transactions to regulators, the Journal has reported. “We have found no evidence showing any involvement by Jho Low in the 1MDB bond transactions,” the firm has said previously.

Mr. Leissner met Mr. Low in 2009. That year, Goldman became an adviser to the oil wealth fund. The fund evolved into 1MDB when the prime minister gave it the broader goal of spurring economic development.

Goldman advised 1MDB on two 2012 bond sales, raising $3.5 billion, and a third offering underwritten by Goldman in 2013 that raised another $3 billion. But if the past is any guide, Goldman will emerge from the scandal with a modest fine, and the top officials who ran the bank at the time – who may or may not still be employed at the bank when the punishment is handed – will avoid any serious penalties. Leissner quietly bowed out of the firm two years ago, before much was known about the bank’s role, and was barred from the US securities industry late last year.