Swiss bankers conspired and colluded with Jho Low to launder 1MDB’s monies through several banks in Singapore. Excruciating evidence revealed in the PDF document below.

No way can anyone in Malaysia say that there is no connection betqween Jho Low and 1MDB and or that  criminal investigations in foreign jurisdictions have not shown any criminality on the part of 1MDB and Jho Low. The cover-up by the regime has failed miserably. 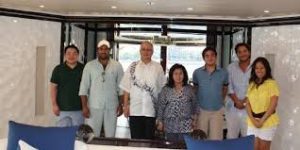