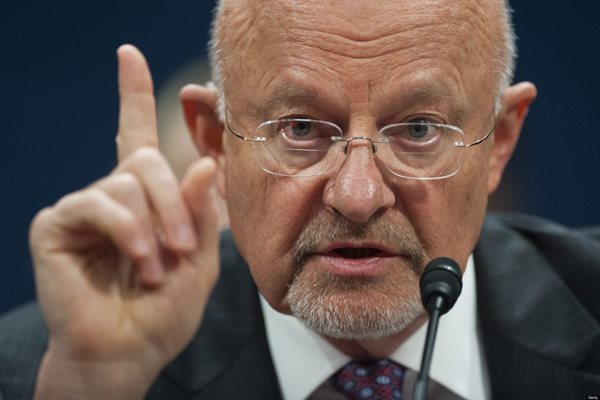 Director of National Intelligence James Clapper late Wednesday expressed “profound dismay” to Donald Trump over the leak of a dossier of unsubstantiated negative information on the president-elect’s ties to Russia.

“This evening, had the opportunity to speak with President-elect Donald Trump to discuss recent media reports about our briefing last Friday,” Clapper said in a statement. “I expressed my profound dismay at the leaks that have been appearing in the press, and we both agreed that they are extremely corrosive and damaging to our national security.

Clapper said that he told Trump that intelligence officials have “not made any judgment that the information in this document is reliable, and we did not rely upon it in any way for our conclusions.

“However, part of our obligation is to ensure that policymakers are provided with the fullest possible picture of any matters that might affect national security.”

The document also claimed that Moscow had negative evidence of the president-elect’s behaviour in Russia and financial information that could be used for possible blackmail.

The classified dossier was included as an addendum to a report on Moscow’s hacking activities during the November election that was presented to Trump on Friday U.S. intelligence officers.

President Barack Obama ordered the report — and he was briefed on Thursday. The findings were declassified after Trump’s session.

The president-elect slammed news reports about the allegations at a news conference on Wednesday.

“It’s a disgrace that information would be let out,” Trump said at his first formal news conference since his victory in November. “It’s all fake news.

Trump also admitted for the first time that “thinks it was Russia” that hacked the Democratic National Committee and other party operatives during the election.

Clapper concluded his statement by saying that “President-elect Trump again affirmed his appreciation for all the men and women serving in the intelligence community.

“I assured him that the intelligence community stands ready to serve his administration and the American people.”