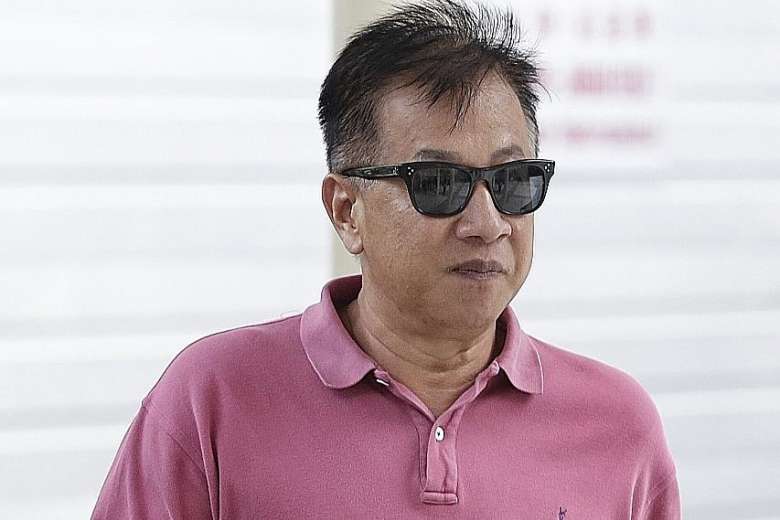 One of those charged yesterday was Mr Jho Low’s private banker, Yak Yew Chee; the other was former BSI director Yvonne Seah Yew Foong. Yak, 57, a former managing director of BSI Bank in Singapore, and Seah, 45, were each charged with four counts of failing to disclose information on suspicious transactions relating to Mr Jho Low’s accounts with BSI Singapore.

Some of the funds were alleged by the United States Department of Justice (DOJ) to have gone into Mr Jho Low’s purchase of properties, including the Oriole Mansion in Beverly Hills. The DOJ filed a suit in July to recover over US$1 billion (S$1.37 billion) in assets related to the global money laundering probe of 1MDB.

The charges against Yak and Seah relate to the transfer on Nov 2, 2012 of US$153 million from a Coutts Zurich account of Good Star, a firm Mr Low controlled, to the BSI Singapore account of Abu Dhabi-Kuwait-Malaysia Investment Corp. Three days later, the US$153 million was moved to Mr Low Hock Peng’s BSI account. On Nov 7, US$150 million was moved to another BSI account held by Mr Jho Low. And from his account, US$110 million was transferred to a Swiss account of Selune, a firm he beneficially owned.

The charges allege that Yak and Seah had “reasonable grounds” to suspect that these transfers “represented proceeds of an act that may constitute criminal conduct”. But they allegedly failed to disclose this suspicion to the Suspicious Transaction Reporting officer.

Yak and Seah were among six people the Monetary Authority of Singapore referred in May to the Public Prosecutor for evaluation on whether they had committed criminal offences. Both are on bail of $35,000 each. Yak and Seah were also each charged with three counts of forgery. In one charge, Yak allegedly forged a reference letter on Feb 18, 2014 to Mr Olivier Blanchet of BNP Paribas to mislead him that it was signed with BSI’s authority. The letter asserted the Low family was a “client of good standing” with cumulative wealth of US$1.63 billion. Seah was charged with helping Yak forge that letter. Yak was also charged with forging on May 19, 2014 a reference letter to Mr Thomas Frey of Kendris. Seah was also charged with helping Yak forge the letter. On Nov 20, 2012, Yak also allegedly forged a reference letter to Rothschild Trust AG chief executive Stefan Liniger.

Yeo, 33, facing 11 counts for his role in 1MDB, has been charged with forging documents to facilitate a transfer of US$11.95 million in 2013 from SRC International (Malaysia) to a firm beneficially owned by Jho Low associate Tan Kim Loong. Seah and Yeo had signed the letter stating SRC had been the bank’s client and its beneficial owner was Malaysia’s government.

This brings to a total four Singaporeans charged so far over 1MDB. Yeo is facing trial on four obstruction of justice charges starting on Oct 31. Former remisier Kelvin Ang Wee Keng, charged in April with corrupt transactions, was released in May on bail of $100,000.