The war on cash has been going on for decades. The U.S. abolished the $500 bill in late 1969. (The old $500 bill featured a portrait of President William McKinley, by the way. I remember seeing a few when I was a kid.)

Europe will abolish the 500 euro this year. We all recall what happened in India in late 2016 when India abolished the 500 and 1,000 rupee notes (worth about $10 and $20, respectively); there was mass chaos as peasants lined up to turn in the old notes for digital credit.

ATMs were shut down because the replacement notes were too big for the ATMs!

Now the war on cash is being taken to a new level. China, the world’s most populous country and the world’s second-largest economy, has said that physical cash may soon become obsolete. 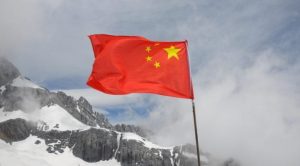 China has huge digital payments platforms developed by their own companies Tencent and Alibaba, in addition to traditional credit and debit cards and mobile phone payments.

Movements like this might start slowly, but they gain momentum and end quickly. Cash can be expensive to handle because vendors have to hire armoured cars to move it, buy machines to count it, pay premiums to insure it and risk losses due to theft.

Those costs only make sense if they can be spread among a high volume of cash. Once cash usage falls below that critical threshold, the handling costs per unit are too high and merchants quickly abandon cash altogether.

China may be getting close to that tipping point, and will get there sooner if the government pushes cash off the ledge by regulation.

This is consistent with the Communist plan for total control of their people.

Once physical cash is gone, your liberty is gone because government can easily monitor and freeze all digital payments. The only recourse for the Chinese people once their cash is gone will be physical gold and silver.

This brings me to what I’ve warned about for years…

It’s what I call “ice-nine.” This refers to government’s ability to lock down the financial system in the next global crisis. And it won’t be just China.

In the 2008 crisis, governments met the demand for liquidity by printing money, guaranteeing banks and money market funds and engaging in trillions of dollars of currency swaps.

The problem is that the central banks still have not normalized their balance sheets and interest rates since the last crisis and are unlikely to be able to do so before the next one. Money printing won’t be an option, because central banks have printed too much already. Any more money printing would trigger a complete loss of confidence in fiat money and a mad scramble for hard assets.

Instead of money printing, central banks and governments plan to lock down the system and not let investors get their money out.

This will begin with money market funds and then spread quickly to bank accounts, ATMs and stock exchanges until the entire system is frozen.

Then an international monetary conference will be convened to create a new global monetary standard, probably based on special drawing rights (SDRs), which will be printed by the trillions and handed out to governments to gradually reliquify the system.

Governments can see this coming and are already taking steps to prepare for more extreme measures.

This comes on top of the government takeover of another giant Chinese corporation, Anbang Insurance, at the end of February.

The bottom line is governments are preparing for ice-nine and the lockdown of banks and stock exchanges. That includes the U.S. government.

You should prepare also by buying physical gold and silver to be kept outside the banking system.